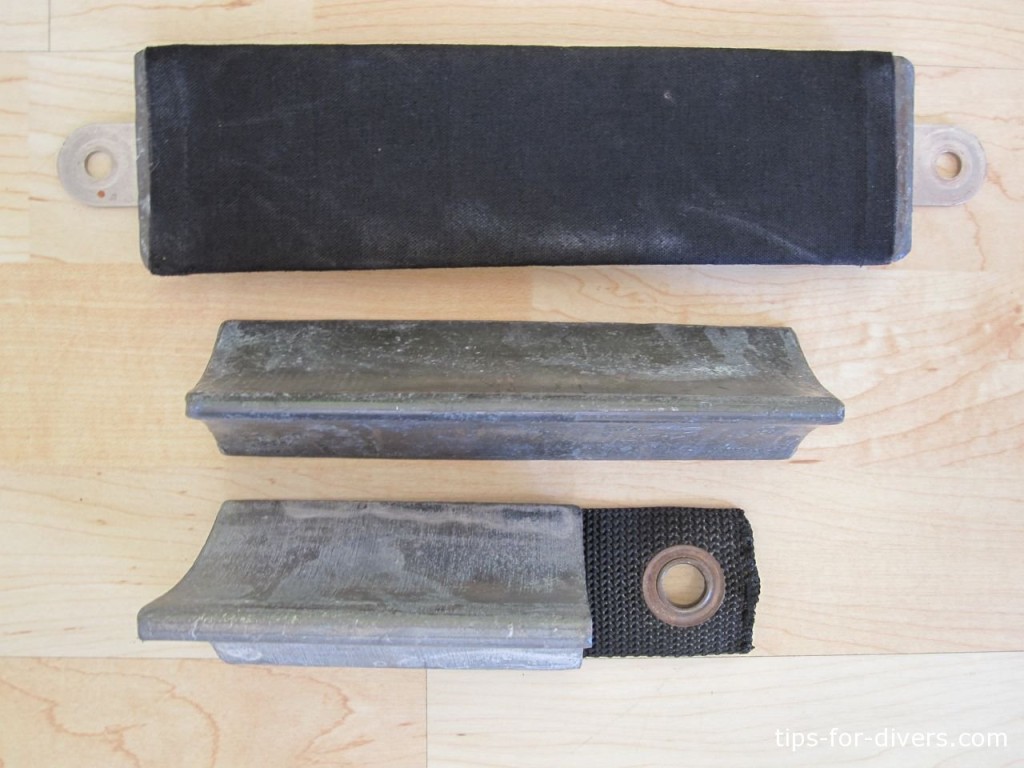 With today’s article, with the eloquent title “Weights”, I wanted to bring to light terms such as: V-weight, tail weight, P-weight, etc. … ?Every diver, more or less, has used the metal lead. As seen in the picture, there are several ways to attach the lead or wrights to the bottom of your tanks or the back plate for diving with twin tanks.

But first to begin, some definitions for some terms:

In the following I would like to quickly give an overview of the weight variants. 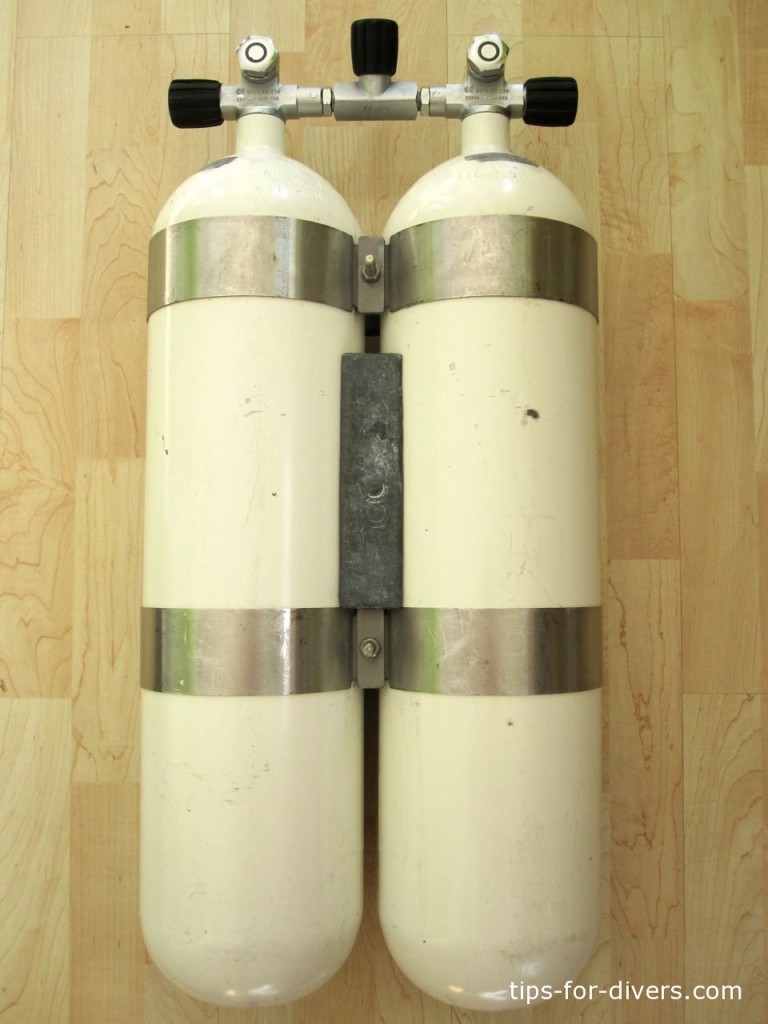 The V-weight is a V-shaped piece of lead which is used in the diving trade in several weight classes. V-weights do not have the possibility of being fastened anywhere on the equipment.
It can only be, as seen here in the picture above, placed between the clamps of the twin tanks. The back plate is then screwed onto the bottle. The V-weight is clamped between the tanks and the backplate, and thus can not slip.
These pieces of lead have weigh from 2kg, 4kg, 6kg up to 8kg (if that much is needed). 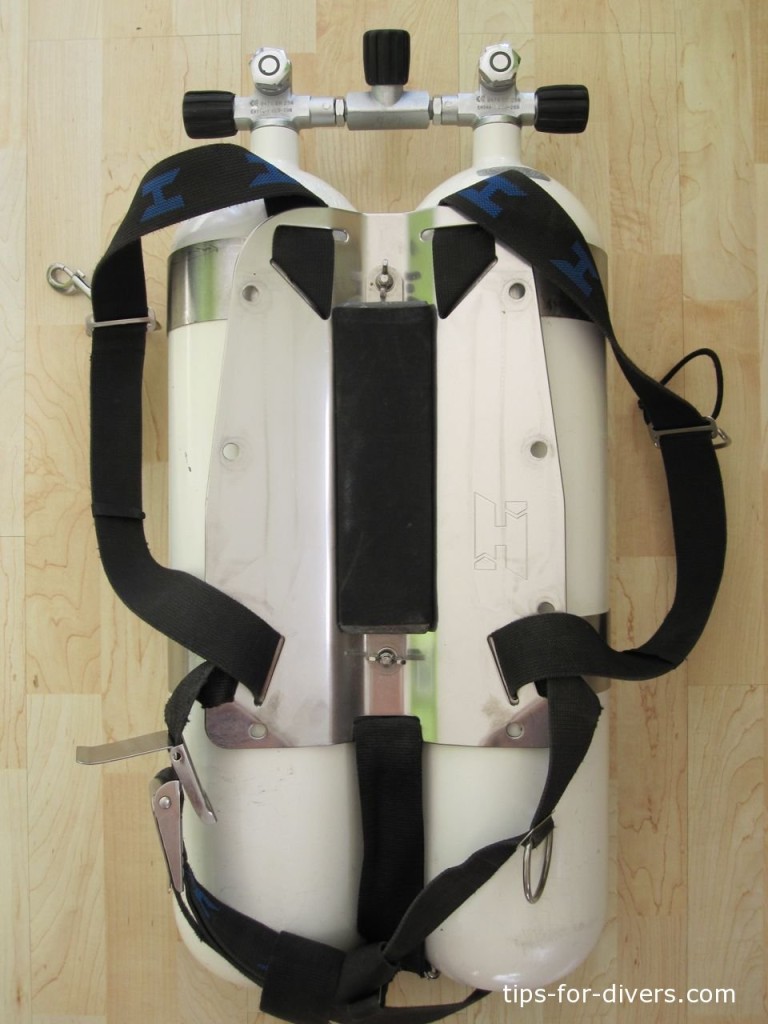 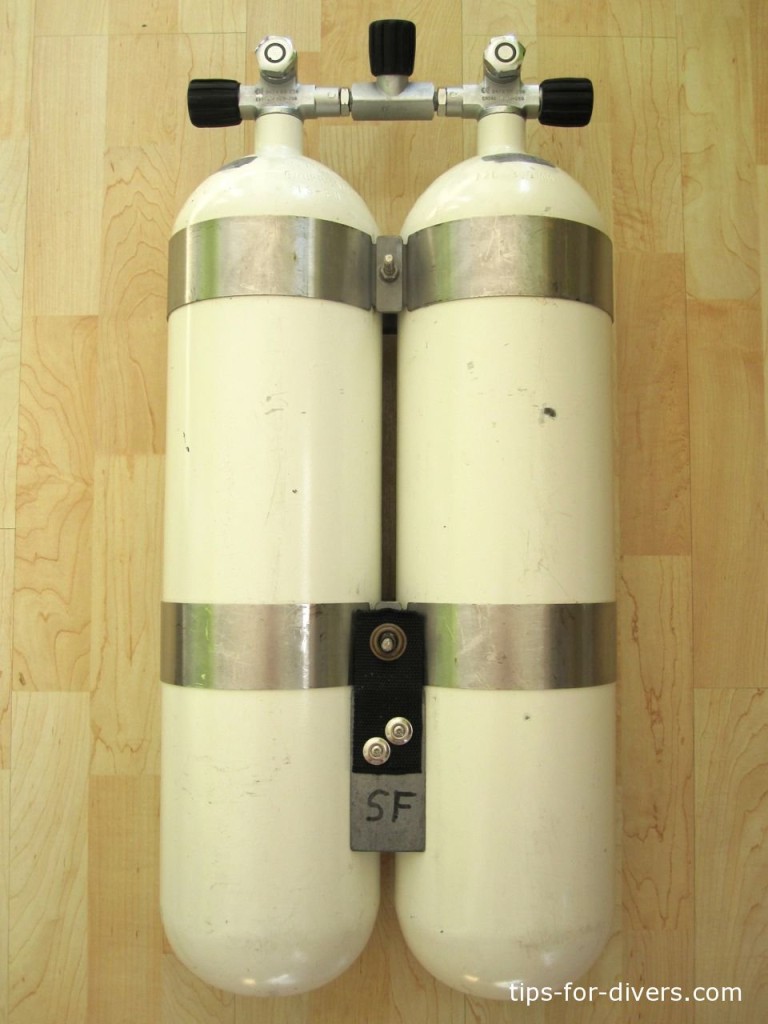 The tail weight is, as the name suggests, mounted in the rear portion of the bottle. This is especially advantageous when the rear area has buoyancy.
The tail weight shown here is a 2kg V-weight, to which a piece of strap is attached. In the upper region of the strap, a loop is intergrated into it. With the help of this, you can attach the tail weight onto the lower clamp’s screw.
Tail weights like this one can also be easily manufactured at home.

If you are travelling with a wing and a single tank, there is also the possibility to dive with lead weights in the area of the tank/back plate.
Unlike twin tanks, a so-called mono tank adapter is required for a single tank. These are two tank straps that are simply screwed onto the back plate. With some manufacturers there is the possibility of attaching the weight in the area of this adapter. It is about 2-3kg. With a single tank adapter the use of a P-weight is also possible.

You often hear that the DIR philosophy or GUE does not allow for diving with a weight belt. However this is absolute nonsense!

With a wing-twin bottle system, you can dive with a weight belt, just like diving with a jacket.
You should only consider in advance whether you will wear the weight belt under the harness of the back plate (which has the advantage that you do not lose the belt through accidental opening) or whether you should wear the weight belt on the harness of the back plate (which allows for “dropping” in an emergency). The extent to which option is best, I will leave to you.

As you can see, there are several ways that weights can be meaningfully intergrated into the equipment. To find out which weights should come with you personally, take a few test dives. After several dives I have changed a tail weight with a V-weight since I was able to compensate for the buoyancy of the bottom of the tanks. As a result, my trim has improved a lot while diving. 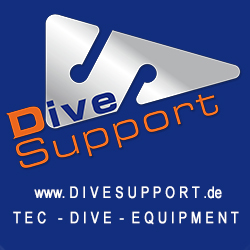 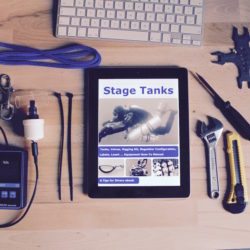